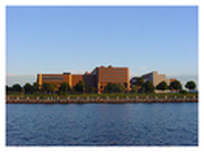 In 2008, the Kappa Nu Chapter was instructed by our national body to divide into three separate chapters to better serve the Greater Boston Area.  As a result, UMass Boston was the second colony formed.  In the Spring of 2008, Soror Phelicha Berdet was the first student of UMass Boston to join our illustrious organization, Sigma Gamma Rho Sorority, Incorporated.  She paved the way for future members on the UMass Boston campus.  In the Spring of 2010, Soror Nadia K. Selby and Soror Bridgett Lawson were welcomed into the sisterhood.  One year later, on May 7, 2011 Soror Elyssa Fontes was inducted into the sorority.  The following year, on May 6, 2012, three young ladies joined the illustrious organization: Soror Donna Scaffidi, Soror Joane Guillet, and Soror Jennifer Francois.  Then, on May 2, 2014, Soror Shanice Pullen was inducted into the sisterhood.

The Sigma Xi Chapter at the University of Massachusetts Boston was chartered on May 19, 2012 by six drive and educated women: